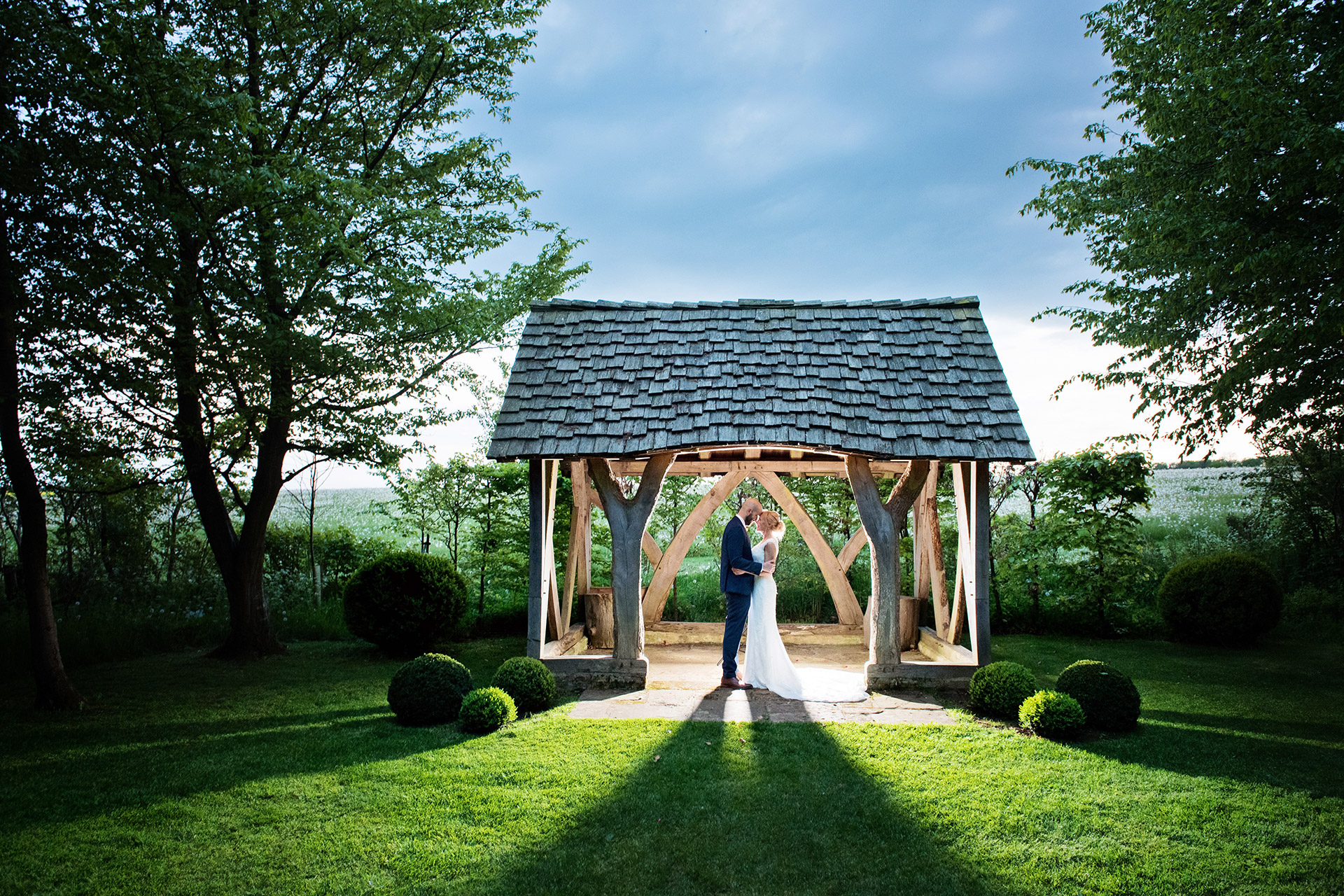 I've been photographing weddings professionally for the past 13 years now, really ever since digital cameras were able to provide higher enough quality images to over take traditional film cameras. I'd seen digital photography as a massive opening to record a wedding day better. I'd learnt the hard way, having got married a few years before, my wife and I had the traditional film photographer do formal photo after formal photo straight after the ceremony. The informal photographs of being congratulated by close family and friends were missed, as was the rest of the day. Sad really, but the change in technology and the ability to continuously take photographs without being restricted to a 24/36 roll of film, drove me to my ultimate passion, photography and providing a unique record for bride and grooms where they have no regrets!

Since the start of that time, I've been photographing weddings at Cripps Barn. In terms of wedding venues, it also was a game changer. A change in the rules meant you no longer had to get married in a church or a hotel, instead, as long as it was licensed, you could get married anywhere. Cripps Barn was ideally located in the Cotswolds, and with its romantic backdrop, pulled brides and grooms from all over the United Kingdom, from London to Llandovery, it became a perfect place to get married.

Now on to this Blog..! Gemma & Mike are essentially the real Gavin & Stacey (I say that affectionately!), however a role of reversals, as Gemma is from England and Mike from Wales. Having photographed Mike's sisters wedding a few years ago, I therefore knew I was going to fit in well having met half the family beforehand. The joy of working with digital photography, meant I could again inconspicuously capture the magical moments throughout the day... 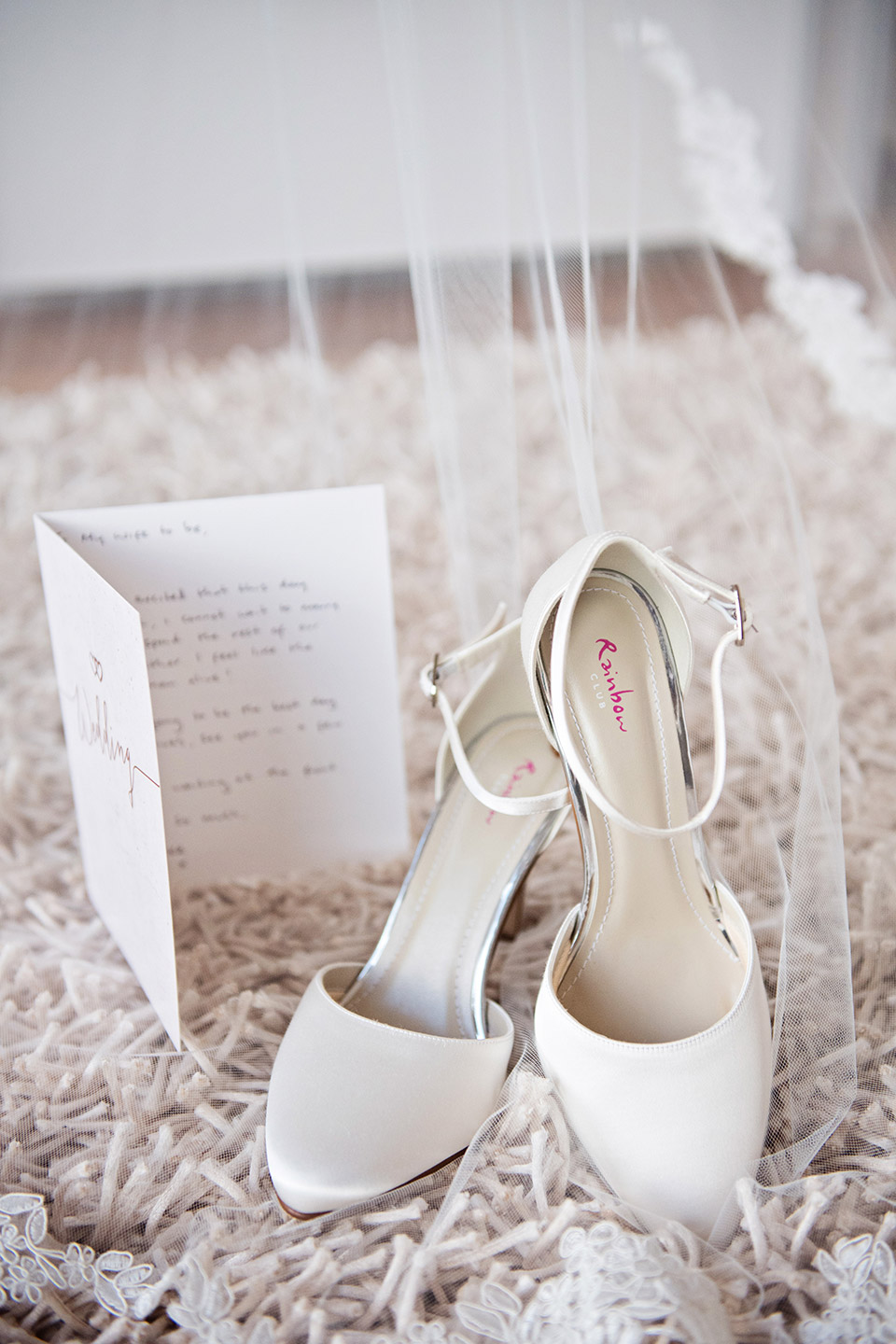 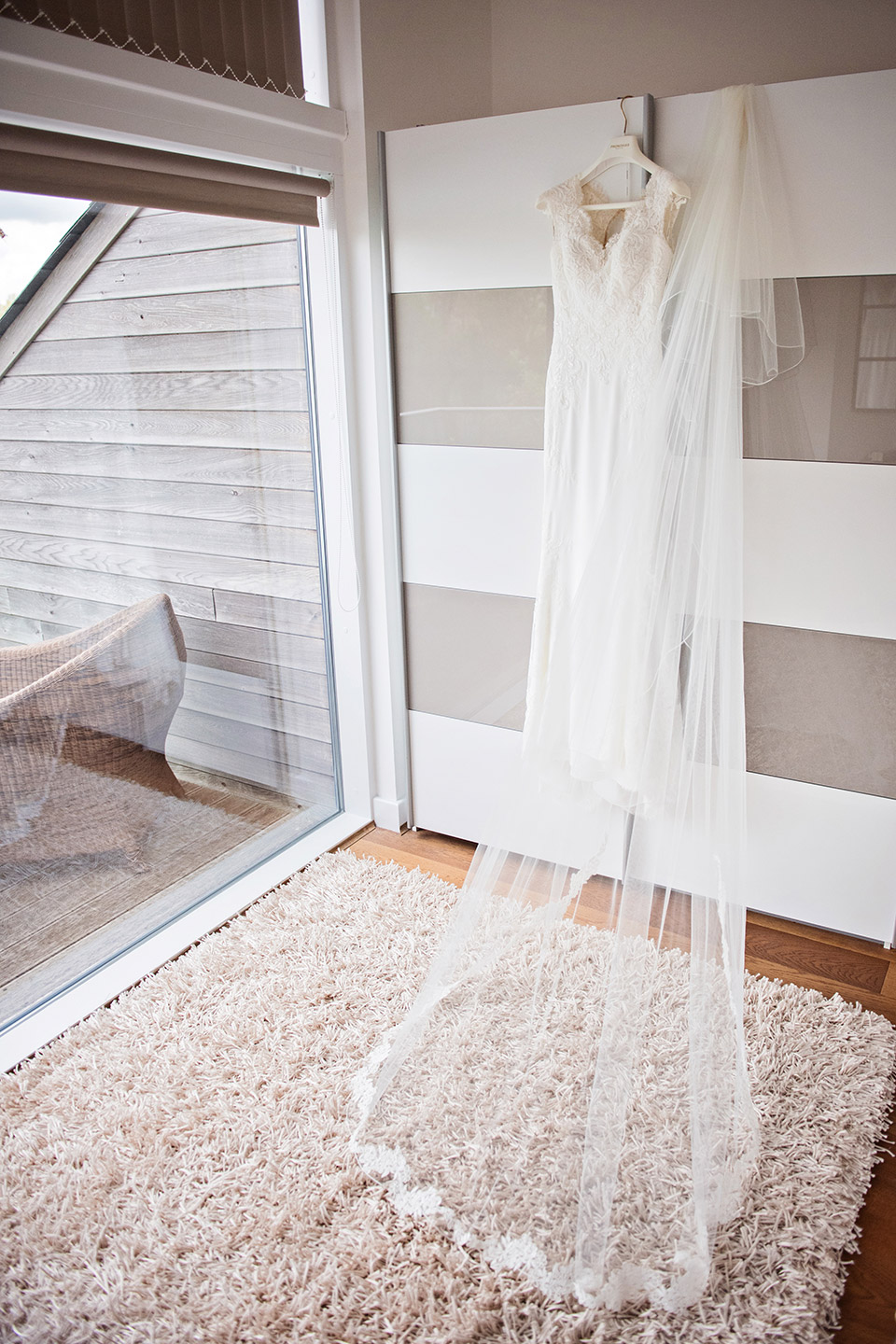 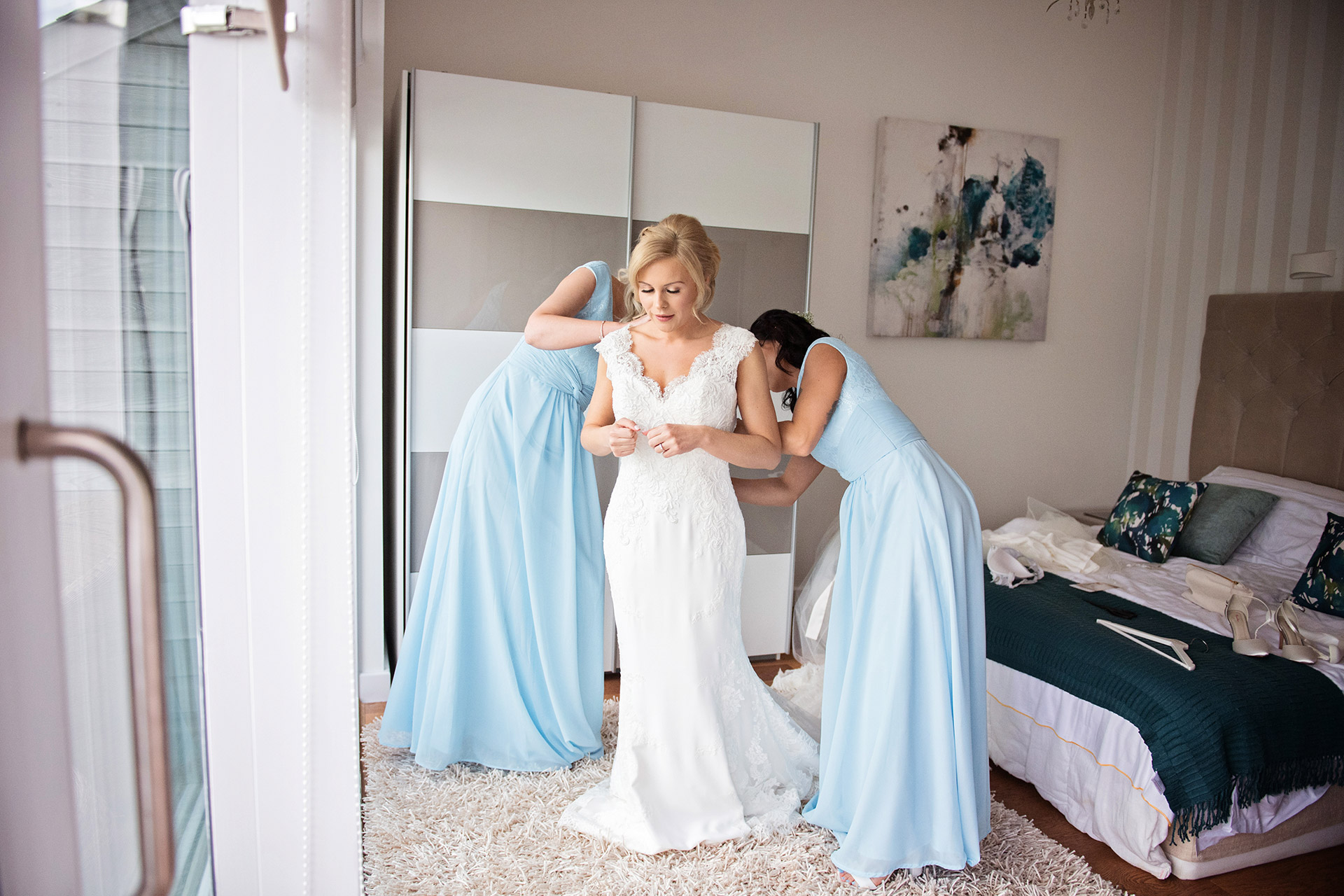 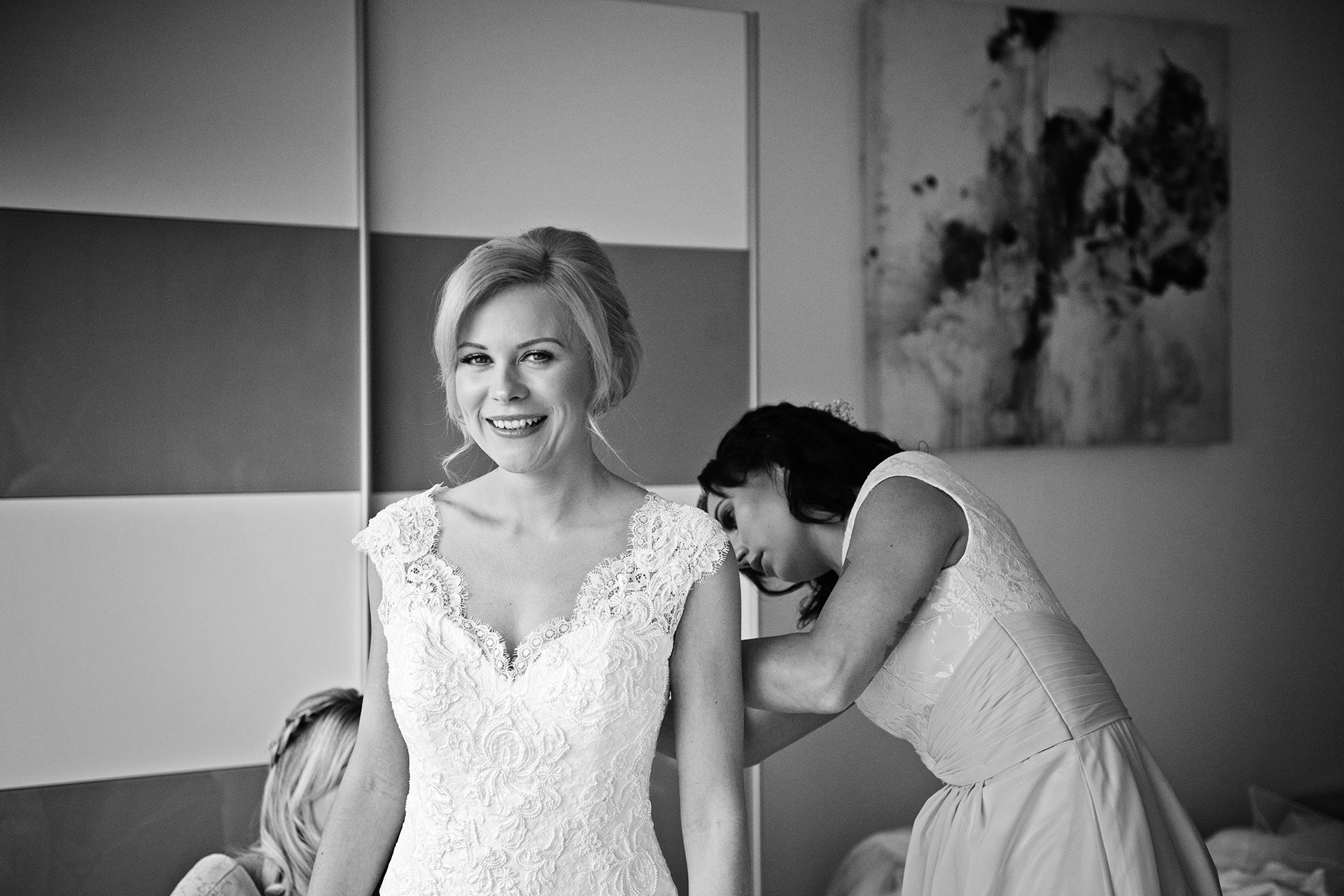 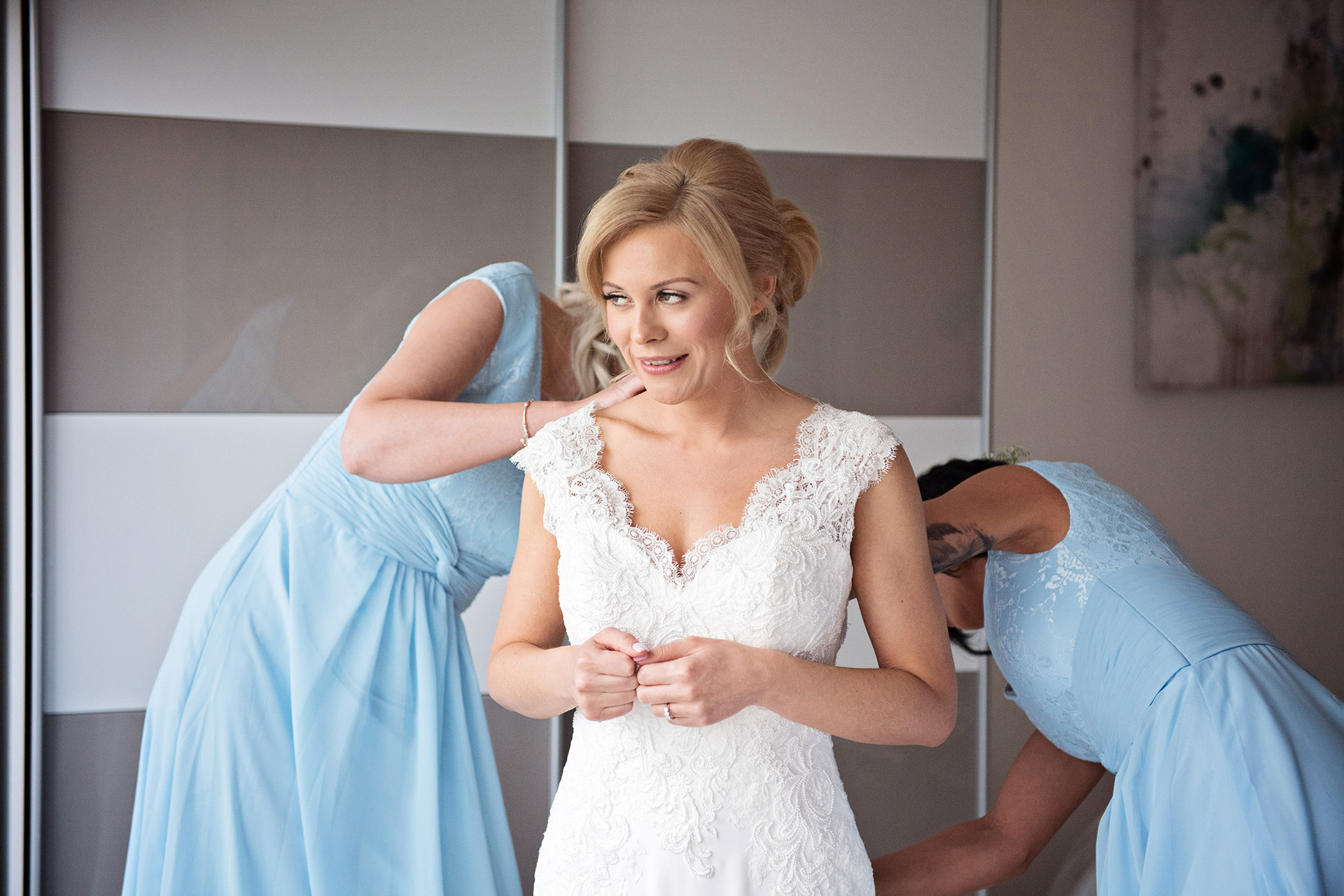 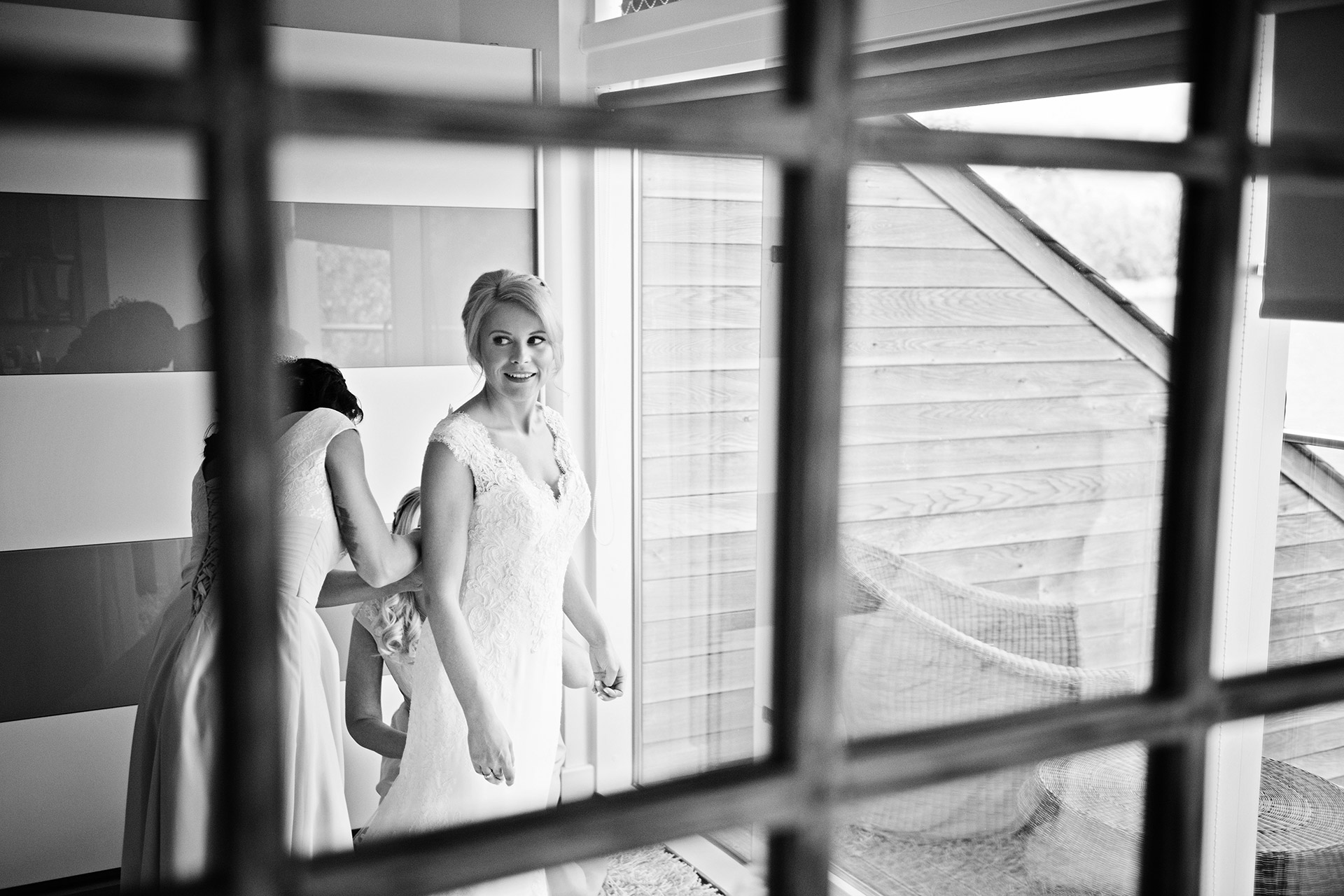 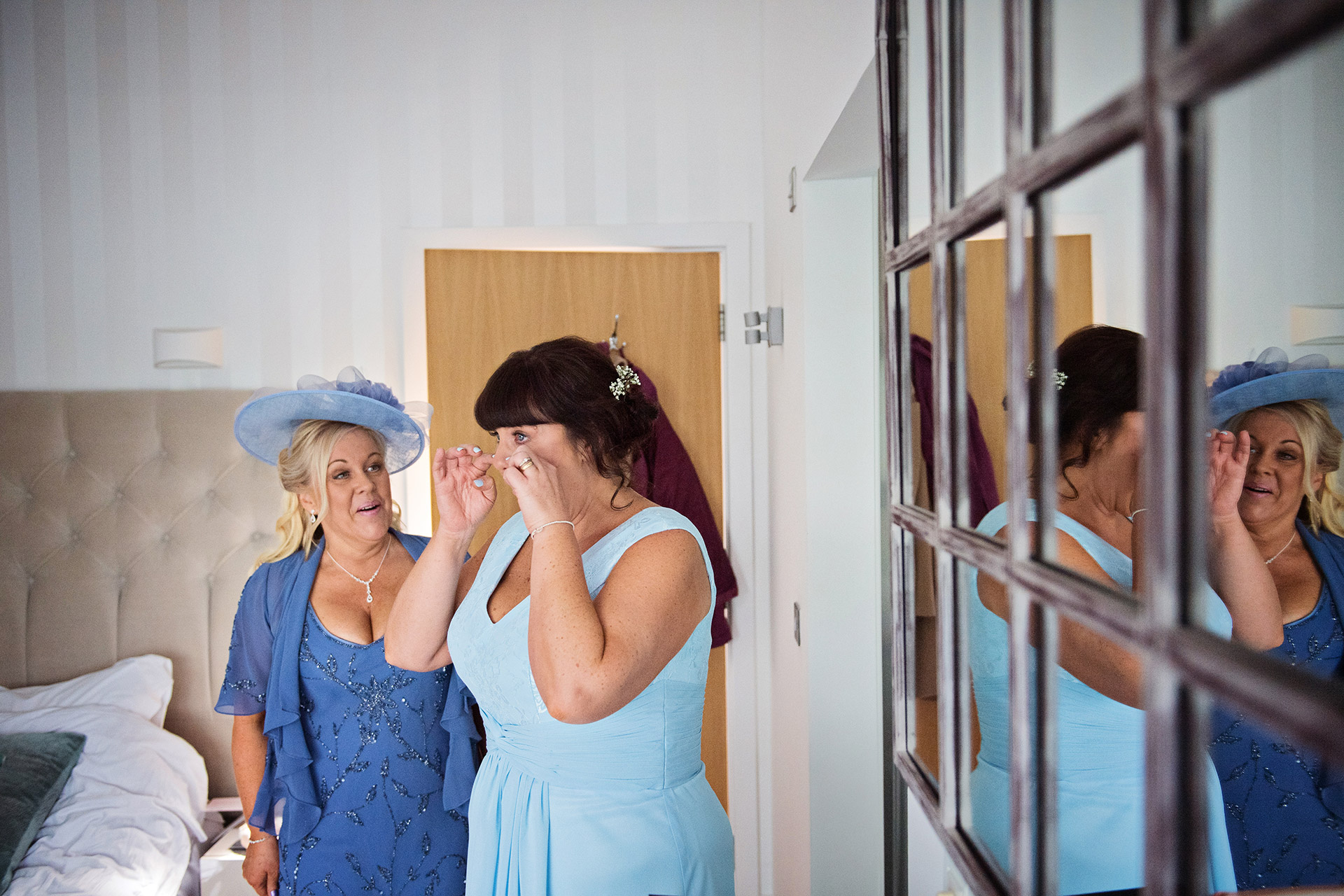 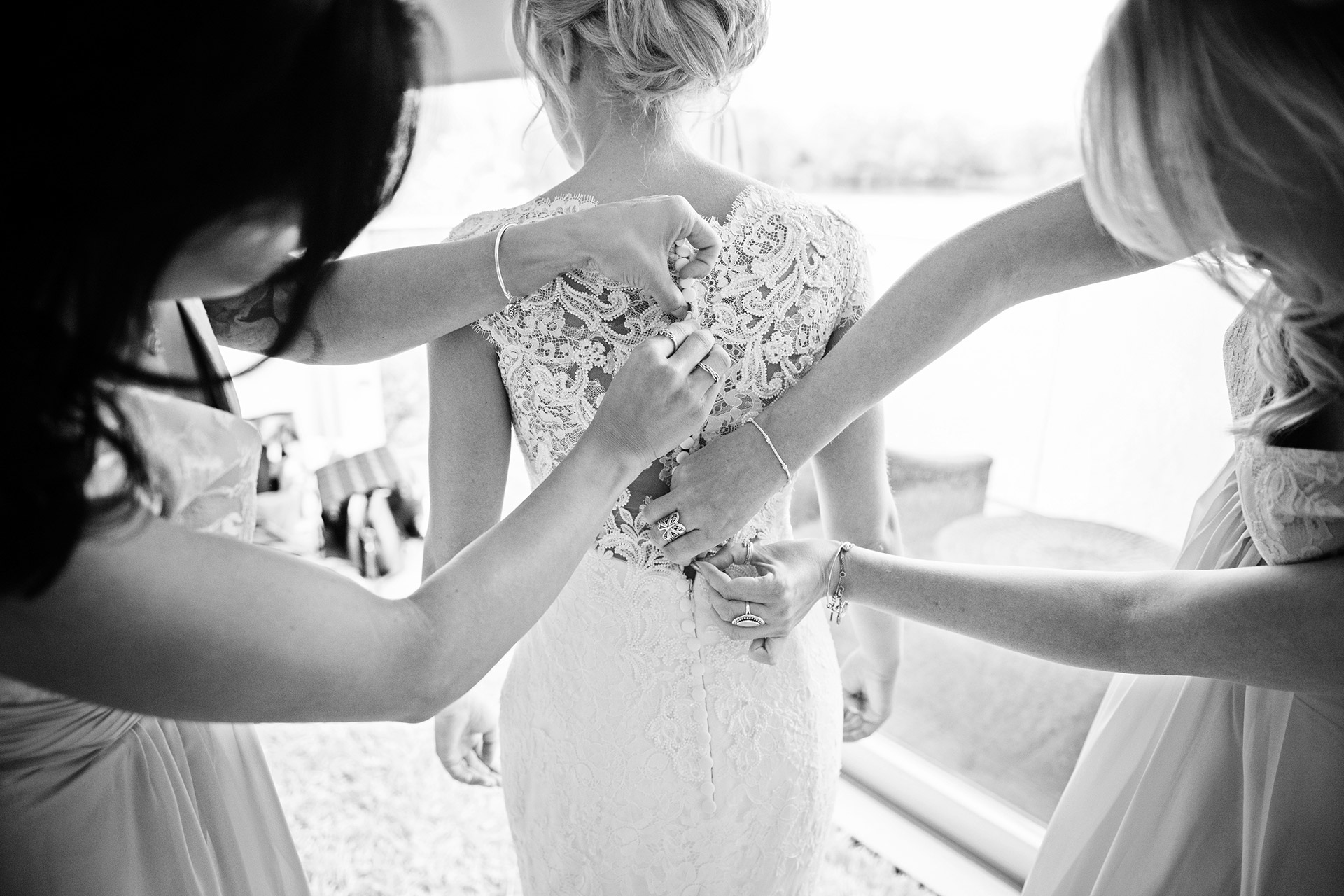 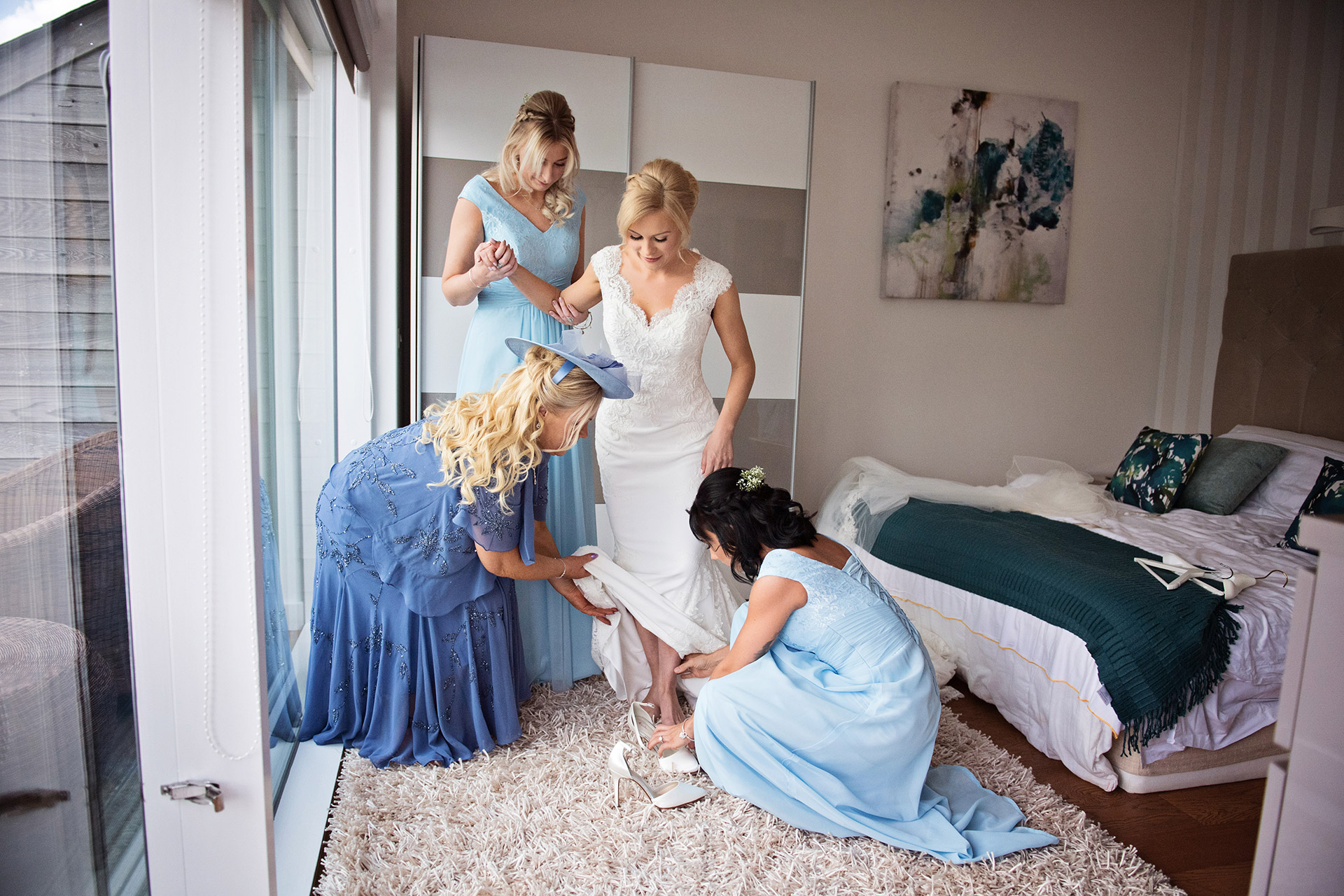 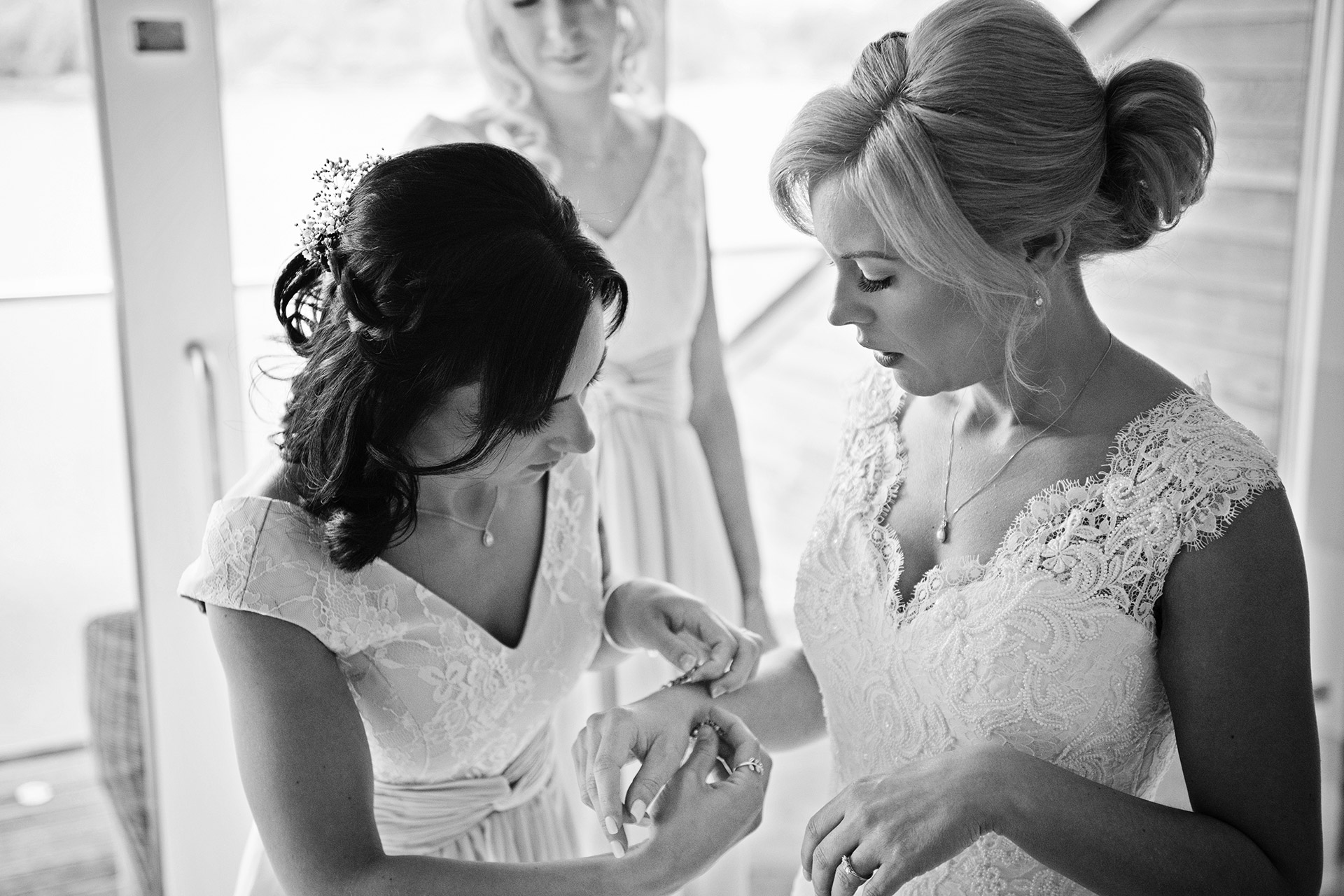 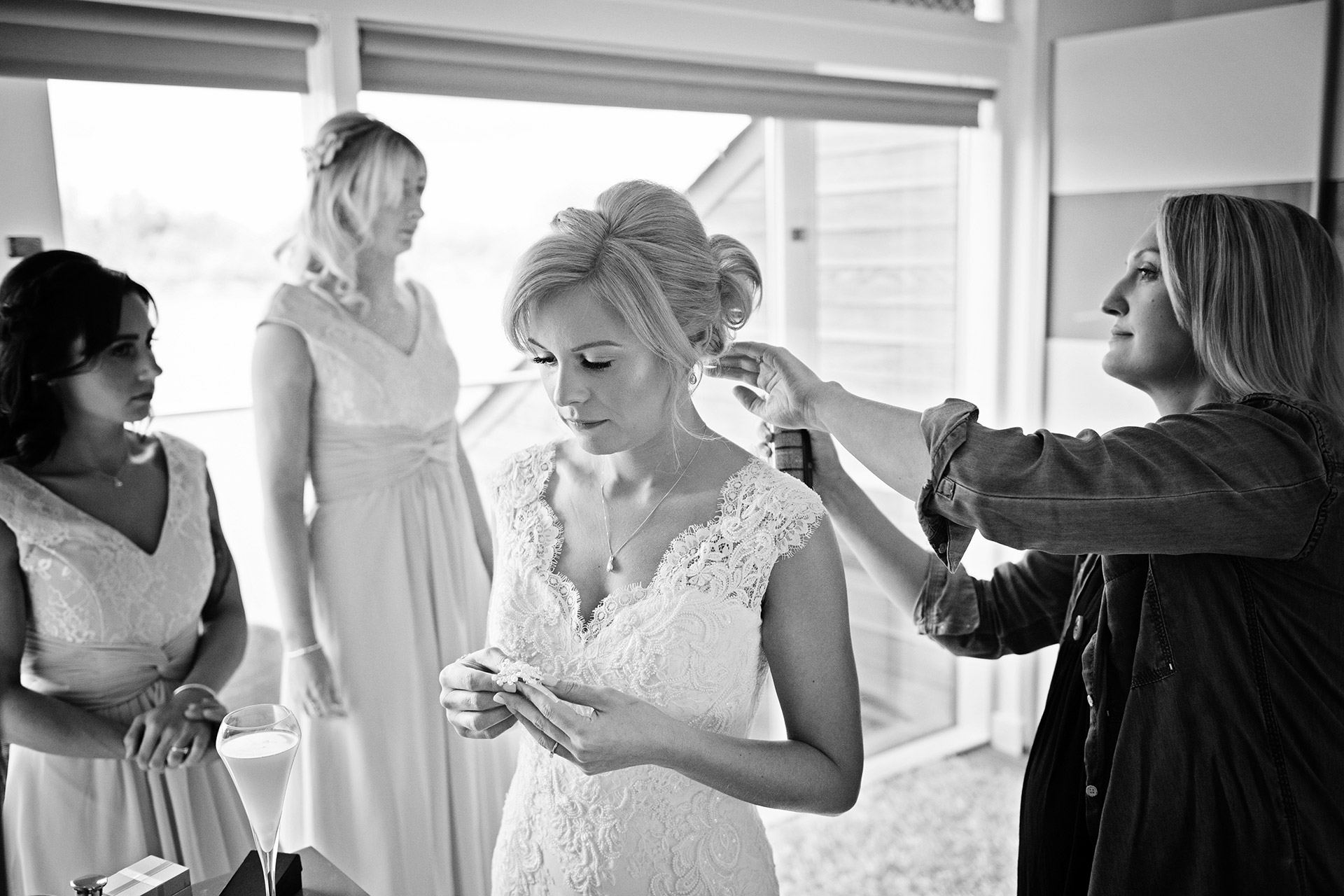 I always LOVE capturing dad seeing his daughter for the first time...

Right over to the boys...they should be ready now...

Right, must get over to Cripps Barn, where Gemma will be arriving anytime soon...

They did it! Time to get this party started...

You can't catch me!

Mmmm is that food I can smell?... it can only mean one thing, it must be time for the wedding breakfast.

Mike is made to wear a English cap, absolute torture for him, but for 60% the crowd, absolute joy!

With the speeches over, it was time for Gemma & Mike to grab a bit more time together, and also to show off Gemma's dress of course!

And before you know it, its time for the cutting of the cake and 1st dance...

Wow what a day! Thanks Mike & Gemma for letting me be a part of your special wedding day.

If you like what you've seen please don't hesitate to get in touch by clicking here.

Please feel free to flick around the other blogs on this site (great for inspiration too!)

To go back to the wedding page please click here.